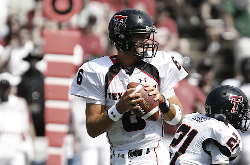 
When you look back you are remembering the past. The past is where we keep our memories, our mistakes and our successes.

We begin with an expression about the past: What is old is new again. This expression means that trends popular decades ago often become popular again. Younger generations “rediscover” past trends and make them new again.

This expression brings us to a word that is very popular today -- retro. Retro describes clothes, furniture, music and pop culture from an earlier time that are in fashion again. Retro is Latin for “back,” “behind” or “backward.”

Here is a short dialogue using the word “retro.”
Wow! I love the way you’ve decorated your living room. It looks like the 1960s in here. The furniture is so retro! Is that a real turntable? And are those actual albums?!

Yep. I brought them from my parents’ house. They were up in the attic just collecting dust.
I can’t believe people used to listen to music with this equipment. It’s so … complicated.

I know. But I love the retro look and they actually sound great. Turn it up!
“I think to myself what a wonderful world.”

“Retro” is also the first part of another useful word in American English: retrospect. “To retrospect” is to review or consider past events.

A retrospective is a display of an artist’s entire body of work. And in conversation, when you want to say that you have been thinking about the past, you can begin with “in retrospect.”

For example, “In retrospect, I should’ve saved more money for my house. Now, all I can afford is a very small condo.” Or, “In retrospect, he should’ve studied something different at college. It is not easy to find a well-paying job in ancient basket weaving.”

When we look back at past events, we are also using our hindsight. Hindsight is knowledge and understanding we have about an event only after it has happened.

We can say “in hindsight” to express that we should have known something was going to happen.

For example, “In hindsight, I should have known that the party was going to be terrible. Everyone there had been working on the losing political campaign. It was no party at all. It was more like a funeral!”

That example brings us to another “looking back” expression: Hindsight is 20/20. The saying may only be three words. But it is loaded with meaning.

First, let’s explain 20/20. If your eyesight is perfect, you have 20/20 vision. So, if something has already happened you can, of course, see it clearly.

We often say “hindsight is 20/20” in a sarcastic way. It means a person is unfairly judging the wisdom of someone else’s decision using information that was only available later.

You can also use this expression in a kind way. For example, “If I had known that I love teaching English so much, I would have started sooner. Oh well, hindsight is 20/20.”

Used this way, you can forgive yourself or others for a misguided decision in the past.

We have another expression with a similar meaning: Monday-morning quarterbacking.

To understand this expression, you first need to know that during American football season many American football teams play on Sundays. So, when Monday comes around, sports commentators and football fans discuss what happened the day before.

You also need to know the job of the quarterback. The quarterback leads the team. He talks to the team on the field and decides what actions the players will take to win the game.

So, Monday-morning quarterbacks are people who are not actually quarterbacks -- they are not even players. But after the game is over, they say what the team should have done, especially if the team lost.

In other words, Monday-morning quarterbacks analyze the mistakes others have made after everyone knows the results.

Monday-morning quarterbacks have a bad reputation because they present themselves as having better solutions, even though it is impossible to know what they would have done in the same situation.

The term “Monday-morning quarterbacking” is not limited to American football, or even sports. We use this expression after any competition, such as military battles or political elections.