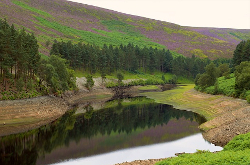 The Earth is losing some of its major freshwater supplies.

But these water resources are not lakes or rivers. They are called “aquifers.” They formed deep underground as the Earth developed.

Some aquifers are so deep that water from very heavy rains cannot reach them through all the rock and dirt.

Many aquifers provide irrigation water for crops. These freshwater deposits are helping farmers in many countries.

A new report says some aquifers are being emptied. It warns this could affect food security and economies around the world.

Irrigated agriculture is responsible for about 80 percent or more of freshwater use worldwide. A growing part of that comes from underground aquifers because of dry weather or farmers growing crops in areas with little rainfall.

But researchers say taking water from aquifers is creating a large problem, which is not getting much attention. And even if it does receive attention, scientists warn, there is not much that can be done to repair them.

The study was a project of researchers at the University College London and the Goddard Institute of Space Studies in New York. The institute is part of NASA, the American space agency.

The study found that 11 percent of what is called “disappearing groundwater” from aquifers is used to grow internationally-traded food.

Michael Puma is a research scientist at NASA and Columbia University. He notes that it is difficult to measure groundwater because it is so deep underground. He says it also is difficult to know how much water is there and where it is.

Puma says the researchers examined deep aquifers from which water is being removed. He says the water from these aquifers may not be replaced for hundreds of years.

“For it to be replenished you’d have to have a major shift in the climate. It’d be much wetter in these regions that are currently very dry.”

The report says seven countries use the most non-renewable groundwater for agricultural production. The seven are the United States, India, Pakistan, China, Mexico and Saudi Arabia.

Puma notes that the United States is one of the world’s major exporters of food. He notes that if China and India use up the groundwater they need to feed their populations, they would be forced to import more food. This increased demand could cause food prices to rise.

Puma says some American states know that their deep aquifers are being emptied.

Puma says state officials should work to control the groundwater that remains.

“To make true progress on this front, we have to have this discussion of how will we adjust our farms, our farming activities, to deal with a future where we’re going to face a situation where groundwater will no longer be present in these locations.

Puma says the study shows that, while countries like Somalia are dealing with little rainfall, the world may someday face an underground drought.

“It’s a really global issue. All countries around the world are facing this challenge. We don’t have any great solutions or strategies to deal with this. So, at the very least, we need to have discussions to come up with new ways, new strategies that recognize this problem and try and coordinate how we might adjust our policies.”

Any strategy must balance the short-term need for food for the world with the long-term survival of the Earth’s aquifers.