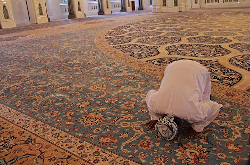 
More than one billion Muslims around the world observe Ramadan, Islam’s holy month. Fasting during Ramadan is a requirement for believers. This means they are barred from having sex, smoking, drinking and eating from sunrise to sunset.

Today, we talk about fasting involving only food. Apart from spiritual or religious reasons, what effects does not eating have on human health?

A team of researchers in the United States says fasting is good for our brain.

Mark Mattson is a neuroscientist at Johns Hopkins University in Baltimore, Maryland. He and others have studied how dietary restrictions might protect your brain from neurological diseases that get worse over time. Two examples of these diseases are Alzheimer’s and Parkinson’s.

His team found that controlling and restricting calories may improve a person’s memory, emotions and state of mind.

Mattson says his studies are built upon years of research that have confirmed links between how many calories a person eats and mental ability. Calories are a measure of energy in food.

A report in the Johns Hopkins Health Review describes the links. It said that every time we eat, a sugar called glucose is stored in the liver as glycogen. It takes your body about 10 to 12 hours to use up all of the glycogen.

The report said, “After the glycogen is used up, your body starts burning fats, which are converted into chemicals used by neurons as energy. These chemicals are important to learning, memory and overall brain health.”

However, if you eat three meals a day, with snacks in between, your body does not have time to use up all of the glycogen in the liver. So, the learning and memory chemicals are not produced.

Mattson said that physical exercise can also use up the glycogens. He added that it was not surprising that “exercise has been shown to have the same positive effect on the brain as fasting.”

The researchers found that cutting down on food at least two days a week can improve neural connections in the hippocampus. This part of the brain controls emotions and plays a part in long-term memory.

A calorie-controlled diet also protected neurons against the build-up of amyloid plaques. Amyloid plaque is a protein commonly found in the brains of people with Alzheimer’s.

If you want to try fasting, Mattson has two suggestions.

The first is a diet called 5:2. On this diet, you eat only 500 calories for two nonconsecutive days each week. Then the rest of the week, you eat a healthy diet with a normal amount of calories. A normal amount for women is about 2,000. For men, it is 2,500.

The other suggestion is time restriction. In one day, you eat all of your meals in one eight-hour period. This should give your body the time it needs to use up all the glycogen in the liver, start burning fat and produce those chemicals we talked about earlier.

However, Mattson warned that if you have never fasted before, do not begin fasting immediately.

The researchers say our bodies need to get used to calorie restrictions. They compare it to a person who is not physically active and then decides to run a long distance race without any training. They may not like fasting and give up easily.

Mattson said, “It’s the same thing as if you’ve been eating three meals a day plus snacks, and then you’re not eating anything at all for two days. You’re not going to like it.”

He suggested starting with one day of limited food intake every week. Then build up to two days. Mattson warned that a person new to fasting might experience headaches, lightheadedness and moodiness. But his experiments show that these problems should pass quickly and a person’s mood will improve.

If you have any questions or health concerns, talk with your doctor before taking any action.