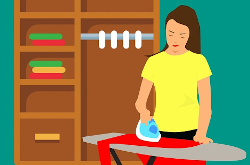 Marie Kondo is an internationally-known expert on cleaning. Her first book, called the “The Life-Changing Magic of Tidying Up,” was published in Japanese in 2011. It has sold more than 10 million copies in more than 40 countries.

Yet fans want more help and information. So Kondo is launching a television show, a team of workers who will visit clients’ homes, and a set of special paper boxes to keep things organized. A set of three costs $89.

Kondo says the boxes were not part of her original idea. In her book about tidying up, she gave two main pieces of advice. First, keep only things that give you joy. Second, store those things in places they can be easily reached and put away.

Kondo did not tell readers to get special containers for their things. Instead, she suggested people use containers they already had, such as shoe boxes.

But fans still ask Kondo what kinds of containers they need to achieve her special way of organizing.

So Kondo recently appeared in New York City to launch her new boxes. They are about the shape and size of shoe boxes. They are colored light pink, gray, brown and purple. The insides are painted with designs such as a tree branch dotted with small white flowers.

Kondo says the idea behind the boxes is not to hide things. Instead, it is to make the things inside feel happy. She recommends using them for glasses, bags, papers, socks, and t-shirts.

“I’m probably the only person in the world who makes such an official occasion to introduce empty boxes,” Kondo noted to the reporters who had come for her announcement.

In addition to helping people tidy up, the boxes will also likely increase Kondo’s earnings and impact. In 2015, Time magazine called her one of the year’s most influential people. And, since “The Life-Changing Magic of Tidying Up,” she has written three other books and is planning a new one about organizing the workplace.

She has also had two children, girls ages 3 and almost 2.

Kondo admits that raising a family can be challenging. But she says organizing has been her passion since she was five years old. Now she is teaching her children to do it. When Kondo folds clothes, she says, she hopes her daughters watch.