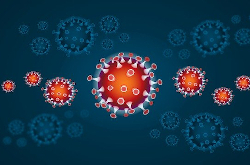 On Thursday morning, VOA’s reporter in Seoul, William Gallo, received a text message from South Korea’s emergency alert system. The message appeared on his telephone. He has received such texts hundreds of times during the coronavirus outbreak.

Someone in Gallo’s Seoul neighborhood -- a 35-year-old man -- had tested positive for the virus. The text message provided a link to a government website that listed everything about the man’s activities for the past two days.

The man apparently arrived at Seoul’s Incheon airport at about nine in the morning. He took a train to a train station near Gallo’s home, and then went to a small food store. Five hours later, he went to a restaurant. More information followed.

By now, messages like this one are commonplace in South Korea. Gallo says his phone receives more than 10 messages about infections in his neighborhood on some days. When he goes to other parts of Seoul, his phone provides information about cases in those neighborhoods.

To prepare these messages, South Korea uses in-person interviews. It also uses large amounts of personal information, bank records, phone information as well as video from cameras around the city.

This is possible because South Korean lawmakers changed privacy laws after the outbreak of Middle East Respiratory Syndrome (MERS) in 2015. The disease caused 39 deaths in the country. Now, during dangerous outbreaks, officials can easily get everyone’s private information without a court order.

As a result, South Korea has been able to identify areas with more than one coronavirus case and quickly investigate the path of the infection. It can tell those infected to stay home and warn the public to avoid that area.

The result has been stunning. South Korea has reported one of the lowest coronavirus death rates in the world: as of Monday, only 111 people have died out of 8,961 cases.

South Korea’s methods of fighting coronavirus have been praised as the model of how to contain the virus. It avoids forced restrictions on movement and does not lead to widespread closure of businesses.

Some people, however, are worried about the loss of privacy. Kenneth Roth is executive director of Human Rights Watch. He told VOA his organization is worried governments may use the threat of coronavirus to increase their powers of surveillance.

“Once we allow them to be regularly used and give up… our right of privacy, it will be very difficult to end it," said Roth.

If South Korea is reducing privacy in exchange for fighting the virus, many South Koreans seem to accept it happily.

In some ways, South Korea’s government is helped in the fight against coronavirus by what remains of its authoritarian past, says Lee Sang-sin. He is an expert on political science and public opinion at the Korean Institute for National Unification.

South Korea has a national registration system, he noted. Everyone has an identification number that must be given when buying a telephone. That has made it easier for government officials to find suspected coronavirus patients.

There are other reasons it may be difficult for countries to use the South Korean system to fight coronavirus.

South Korea is a small country, and is home to 51 million people. More than 50 percent live in cities and are easy to find.

Most importantly, everyone in South Korea, including non-citizens, is part of a national healthcare system.

Within the system, South Korea quickly built about 50 drive-thru testing centers. These have been praised internationally for their safety and effectiveness.

As the number of new coronavirus infections decreases, life in Seoul has begun to return to the way it was before the outbreak. Schools are still closed, but people are out in public spaces and open areas.