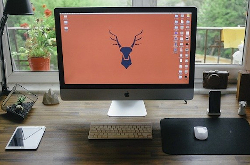 
Mixing work and home lives has rarely been easy.

But measures to contain the virus have brought those worlds together, suddenly and sharply. Office workers, educators and many others around the world are dealing with the new reality of where they work -- at home.

People are moving their work from offices to their living rooms, extra bedrooms, kitchens and basements. Young children may be running around the house while parents try to hold business meetings and students attend classes online. This huge, unplanned social experiment can hurt productivity and peace at home.

The coronavirus crisis is also forcing many parents into unexpected new jobs. Carmen Williams is a therapist in Macomb, Michigan. She finds herself seeing her patients only irregularly. When she does, she also has to pay for someone to watch her children.

Meanwhile, she is also paying for her two children’s school bills, while still teaching them school assignments.

“I’m not an educator!” Williams said. “I’m used to helping with homework,” but she adds, she cannot teach long lessons and work. It’s overwhelming!”

In the United States, this experiment is moving faster because of the growing number of states ordering residents to stay home. It could affect how the country makes it through an economic recession likely to come.

Many phone and cable companies have agreed to provide open use of the Internet for the public. And technology companies are increasing their ability to handle more data --information -- from all the new workers and students who must work from home.

Kelly Steckelberg is chief financial officer for the video conference company Zoom. She said Tuesday mornings used to be the busiest time for video conferencing -- where people in different places can see each other on their computers or mobile phones.

Now the demand for these meetings, with increased data usage, is going on all the time. Steckelberg said the company has moved up the opening of two new U.S. data centers to meet the demand.

Cisco, which runs the Webex video conference service, said it has prepared itself for on-going high demand in the U.S. This comes after they have already dealt with a 100-percent increase of data usage in Asian countries including China, Japan and South Korea.

Microsoft asked 50,000 of its own employees to work from home in the Seattle region. The company has seen large demand increases for its workplace communications service known as Teams.

Experts have said data systems are more than able to handle the big increase in demand. But people who have to stay home have still found it a struggle to stay connected with friends and family.

In the Netherlands, a team of data scientists led by Jeroen Baas has been communicating regularly with workers in different countries. But having to leave their Amsterdam office presents new difficulties with personal connection. So Baas started a 15-minute virtual -- or online -- meeting for workers just to talk with each other.

“It gives some time and space to talk about work or take your mind off other things, or maybe rant about what’s going on with the virus spread and people hoarding things,” he said.

Kate Darling is a researcher from the Massachusetts Institute of Technology. She is worried that she and other researchers can not use their laboratories and other important tools while working from home. Her young child has been watching television programs, “Otherwise we wouldn’t get anything done,” she said.

It is harder for Catharine Bouchard. She works for a bank in Ontario, Canada. With two young children, ages 4 and 10, she says she cannot center her thoughts on work. She says, she is worried.