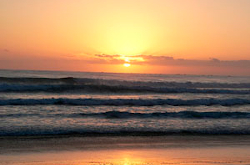 
January first. The beginning of a new year. As far back in history as we can tell, people have celebrated the start of a new year. The people of ancient Egypt began their new year in summer. That is when the Nile River flooded its banks, bringing water and fertility to the land.

The ancient Babylonians celebrated by forcing their king to give up his crown and royal clothing. They made him get down on his knees and admit all the mistakes he had made during the past year.

The idea of admitting mistakes and finishing the business of the old year is found in many cultures at New Year’s.

Making New Year’s resolutions is a common American tradition. Today, popular resolutions might include the promise to lose weight, stop smoking, or be more productive at work.

Some of our Special English writers and announcers offered New Year’s resolutions of their own. One person decided to get a new cat to replace a beloved one that recently died. Another promised to stop telling stories about other people. And another staff member promised to spend more time with his family.

Other people use New Year’s resolutions to make major changes in their lives. One such resolution might be to “stop and smell the flowers.” This means to take time to enjoy simple pleasures instead of always being too busy and in a hurry.

Our resolution is to wish all of our listeners a happy, healthy and productive New Year!