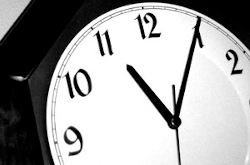 
Each spring, most people/ in the United States/ move their clocks/ ahead one hour/ because of what is called/ daylight saving time. The only states/ that do not/ are Hawaii/ and most of Arizona.

After the war, many American states/ established some kind of daylight saving time. But this became confusing. So, in nineteen sixty-six, Congress/ established daylight saving time/ for the nation. It began/ the last Sunday/ in April/ and ended/ the last Sunday/ in October. In the nineteen seventies, that period/ was extended/ as a result of a fuel shortage/ in the United States.

In nineteen eighty-six, new legislation/ changed the start of daylight saving time/ to the first Sunday/ in April. It still ended/ on the last Sunday/ in October. Americans/ continued to set their clocks/ one hour ahead/ in the spring/ and one hour back/ in the fall. They remembered to do this/ with the expression: "Spring ahead/ and fall back."

Two years ago, Congress/ passed a law/ to lengthen daylight saving time/ by four weeks/ to save even more energy. That is why the time change/ will now begin/ on the second Sunday/ in March/ and end/ on the first Sunday/ in November.

Some businesses/ tried to stop the legislation. That is because computer systems/ used by banks, airlines and other businesses/ must be changed/ to recognize the new start date/ for daylight saving time. Any device/ that has an internal clock/ could be a problem/ and must be changed. Most internal clocks/ in computing devices/ are set/ for the old daylight time change.