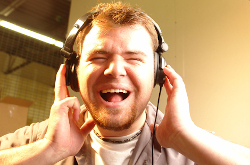 If using your voice is difficult, then you know what dysphonia is. The more common name for this disorder is hoarseness.

Experts say about one in three people will become hoarse at some point in their lives. In the United States alone, an estimated twenty million are affected at any given time.

Infections, smoking and using your voice too much, too loudly or just incorrectly can all cause hoarseness. It happens more commonly in women, children, the elderly and those who use their voice a lot in their jobs. Experts say hoarseness costs several billion dollars a year in lost productivity from people missing work.

Now, doctors have the first treatment guidelines from the American Academy of Otolaryngology - Head and Neck Surgery Foundation.

The new guidelines recognize that most cases are not serious and go away within a few days. But hoarseness can also be a sign of something worse.

"We want to really call attention to the fact that hoarseness is not just a symptom. It occurs as a result of something underlying which can be potentially serious."

He says there are some situations where people should get examined sooner rather than later.

"So if you have hoarseness with tobacco or alcohol use, that would be a significant risk factor for cancer or other problems of the throat that could be serious. If you have any sort of a mass or growth in your neck at the same time, that would be very suspicious."

The same is true if hoarseness begins after an accident or injury. Or if you are also losing weight for no reason. Or if you are trying to rest your voice but it keeps getting worse.

If hoarseness continues or the cause is unknown, doctors should perform an examination called a laryngoscopy. This is done in the doctor's office to look down the throat at the voice box and vocal chords.

The guidelines urge doctors not to use other imaging methods like CT or MRI scans until they have done this. They are also advised not to give anti-reflux medicines for hoarseness unless they are sure patients need them. And doctors are told that steroids or antibiotics given by mouth are not recommended for hoarseness.

The guidelines say voice therapy is a well-recognized intervention. And they suggest ways to avoid getting hoarse. Drink lots of water. Avoid tobacco smoke and other irritants. And for people who use their voices a lot, like singers or professional speakers, get voice training and use an amplifier.