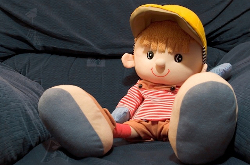 
Do you know about a series of books that say they are “for dummies”? These American self-help books have been translated into more than thirty-nine languages. They include Chinese, Arabic, Russian, French, German, Greek and Spanish.

“Dummy” is a slang word for a stupid person. The Dummies books are not really for stupid people. They are designed to show people how to do something they may never have tried before. Things like painting a house or learning a language. The books all say in a funny way that they are for dummies. They include “World History for Dummies”, “Rabbits For Dummies”, “Chinese Cooking For Dummies”, and “Wedding Planning For Dummies”.

The first such book was published in nineteen ninety-one. It was called “DOS For Dummies.” It helped people learn how to use the DOS operating system for computers. Since then, more than one hundred fifty million Dummies books have been sold.

The Dummies dot com Web site explains the idea behind the books. It says they demonstrate that people can be taught to do anything. It also describes how the books present their information. First they make fun of ideas that are difficult to understand. Then they show how the information can be interesting and easy.

The publishers say the books do not provide more information than necessary. They give readers just enough information to do what they want. They say the Dummies books give the best and easiest way to do something. And the books use simple language that is easy to understand.

There are more than one thousand different Dummies books. A report in the New York Times newspaper says the top-selling Dummies books are those that explain technology and personal finance. Other top-selling books deal with health, like “Diabetes for Dummies.” It was written by a doctor in San Francisco, California.