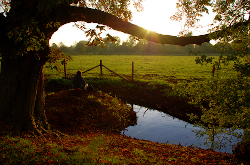 
Living among trees, plants and flowers can fill your life with beauty. And if you are a woman, it can also help you live longer.

Researchers at Harvard University’s T.H. Chan School of Public Health reported the finding. Peter James is a research associate in the school’s Department of Epidemiology. An epidemiologist is an expert in how disease spreads and how it can be controlled.

Then the researchers compared the mortality rates of these women to the greenery around their homes. To determine the amount of trees and other vegetation, researchers examined satellite images.

The researchers considered other risk factors -- things such as the age of the women, their economic status, race and ethnicity. They also looked at whether or not the women smoked.

The study found that the mortality rate among women who lived in the greenest spaces was 12 percent lower than those from the least green areas.

Peter James said he and his team were surprised to find such a strong link between high vegetation levels and low mortality rates. He added they were also surprised to find how high levels of plant life can affect a woman’s mental health.

The study suggests that living among vegetation -- trees, flowers and other plants -- lowered levels of depression. Researchers say women in greener areas spent more time with other people, exercised more and were less exposed to air pollution.

James says that it is common knowledge that vegetation helps the environment in many ways. But, he adds, the new findings suggest ways for city planners, landscape architects and policymakers to grow even healthier living areas.