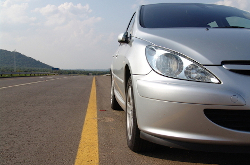 
Almost every day, we hear about a new development in the world of driverless technology. But how will this technology change our lives when cars no longer need humans to drive them?

James Anderson is a senior behavioral scientist at the RAND Corporation. He is also an expert on driverless transportation. He said the first stage of the technology is already here. The technology allows cars to change lanes, control speed and warn drivers of hazards.

“The idea is that drivers first use these, and then become more confident to use the technology more,” he said. “But the risk of that is that research suggests people tend to over rely on the equipment, and may or may not be able to jump back in and take over on short notice.”

In May, a driver was killed while using the “Autopilot” feature on a Tesla car. It was the first known U.S. death involving a car operating in self-drive mode.

Officials said the crash happened in Florida when a tractor-trailer turned in front of the Tesla Model S. Investigators said it appeared the car’s cameras failed to differentiate between the large white side of the tractor-trailer and the brightly lit sky.

The National Highway Traffic Safety Administration said it is investigating the accident, as well as the design and performance of Tesla’s Autopilot system.

The Florida Highway Patrol confirmed it found a portable DVD player in the car after the accident. But it could not confirm whether a movie was playing at the time of the crash.

Tesla’s founder, Elon Musk, expressed condolences for the accident. Tesla said it was the first known death in more than 200 million kilometers driven with its Autopilot system.

Autopilot allows the car to steer itself in a lane, change lanes, and speed up or slow down based on nearby traffic. Tesla said the system is designed only to assist drivers, who must manually turn it on.

The company tells drivers that even when using Autopilot, they need to keep both hands on the steering wheel at all times.

“Autopilot is getting better all the time, but it is not perfect and still requires the driver to remain alert,” Tesla said.

Despite these dangers, autonomous cars are expected to greatly reduce accidents. Currently, about 90 percent of crashes are caused by human error.

James Anderson said the big automakers have pledged to add anti-crash devices on all vehicles within five years.

Even though few accidents is good, Anderson said this would cause a lot of economic disruption. “There’s a whole crash economy that is dependent on the regular occurrence of automobile crashes.” He said job losses would come in the insurance industry and in hospitals where crash victims are treated.

Just the thought of an 18-wheel truck speeding down the highway fully loaded with cargo makes many drivers nervous. But Levandowski said the technology is very safe. He says the goal is to make trucks drive as much like humans as possible, but with the reliability of machines.

Carlo Ratti heads the SENSEable City Lab at the Massachusetts Institute of Technology. The lab studies how digital technologies are changing cities and how this will change how people get around in the future.

Ratti said cars are now only being used about 5 percent of the time. Most of the time they are parked and using up valuable city space.

In the future, a self-driving car could give you a ride to work in the morning. But then the same car could be used throughout the day to take other people around the city. This car-sharing model would blur the lines between private and public transportation, Ratti said.

“We could potentially share cars and rides better. That means a city where you could theoretically make everybody’s destination in Washington or New York, or Singapore ? a big city or a small city ? with 20 percent of the cars we have today.”

He said another major change could be the removal of traffic intersections. “At that point, you could think about autonomous intersections. Intersections where vehicles do not need to stop at a junction, but they can keep going and simply avoid bumping into each other.”

Ratti said he believes driverless technology will lead to more efficient and sustainable transportation. But it will also leave questions about who will truly benefit.

“When you think about building a shared infrastructure, the question is, who’s going to charge or bill other people? Who’s going to enact different transportation policies? So it really becomes much more about how we’re going to distribute the benefits of this new transportation system across society.”

Another big question is how ready the public is, or will be, to use driverless technology. Researchers at Carnegie Mellon University in Pennsylvania are reporting positive results with self-driving vehicles.

Lead researcher, Professor Raj Rajkumar, said it really does not take long for people to trust the car enough to let go of the wheel.

“They begin to see that the vehicle is exact, very rational, drives safely, and then they begin to relax,” he said.

U.S.-based Local Motors has even used 3-D printing technology to produce self-driving vehicles. It recently introduced a new minibus called “Olli” that can carry up to 12 people.

The vehicle allows passengers to call for rides with a mobile app similar to Uber. The company says 75 percent of the minibus can be 3-D printed, and it can be fully assembled in 11 hours.